As we continue to celebrate Black History Month, here are this week’s events in the Hudson Valley.

On February 23 at 6:30 p.m., drummer/percussionist, performer, teaching artist, and international speaker Ubaka Hill will lead the Hudson Valley’s first female drumming and percussion ensemble Drumsong Orchestra at the Old Dutch Church in Kingston. The event will give participants the chance to learn world rhythms and songs, explore women’s drumming traditions and express themselves creatively. Participants must wear a mask and bring a drum or percussion instrument (a few loaner drums will be available). Registration is free. See website for registration and more information. 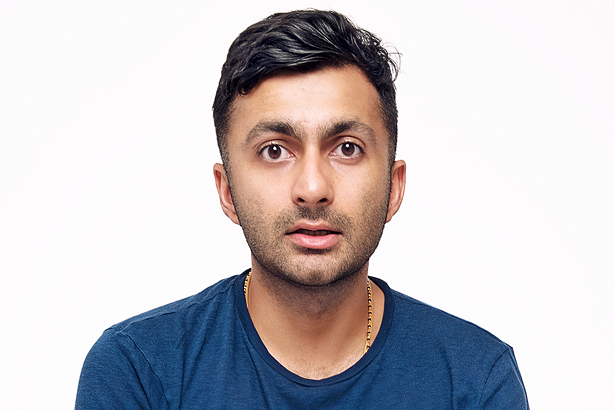 Emmy-nominated writer and comedian Nimesh Patel has been performing stand-up comedy in New York City for over 10 years. Patel, who was a writer on NBC’s “A Little Late with Lilly Singh,” landed his first writing job when Chris Rock saw him perform a stand-up and hired him straight to write for the Oscars in 2016. Since then he has written for ‘Saturday Night Live’, the White House Correspondent’s Dinner’ and ‘Awkwafina’ and worked as a producer for ‘Full Frontal with Samantha Bee’. He will perform at Nyack Levity Live in West Nyack on February 25 at 7:30 and 9:45 p.m. and February 26 at 7 and 9:30 p.m.. See website for ticket prices.

Thanks to his long tenure with Levon Helm’s Midnight Ramble Band, New York trumpeter Steven Bernstein has long been a valued presence on the local music scene. On February 25 at 7:30 p.m., Bernstein brings his Millennial Territory Orchestra back to Levon Helm Studios in Woodstock to celebrate the release of two recent albums on the Royal Potato Family label, Community Music, vol. 1: Dyes over time and Community Music, Vol. 2: Good times music. The latter features vocalist Catherine Russell, who will appear with the band and guest Amy Helm for the show. Tickets are $35 and $50. 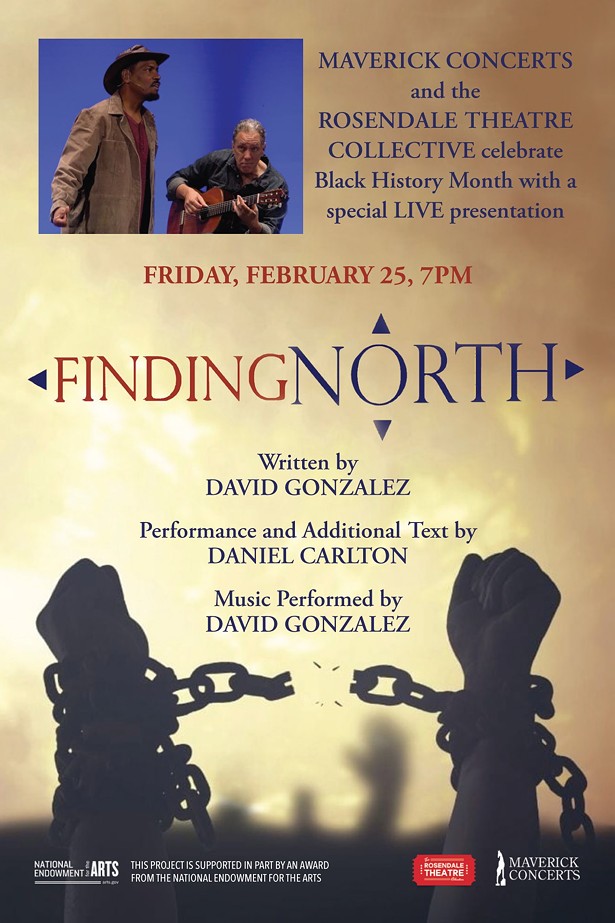 Written by David Gonzalez, “Finding North” is a solo play drawn from historical research and oral histories of African-American Underground Railroad hero John P. Parker and contemporary American immigrants to be staged at the Rosendale Theater February 25 at 7 p.m. . Presented by Maverick Concerts and the Rosendale Theater Collective, the production celebrates Black History Month and uses live performances by actor, poet and playwright Daniel Carlton and music and text by David Gonzalez to tell the story of story of Parker, a former slave who helped runaway slaves. escape via the Underground Railroad in Southern Ohio. A donation is requested, see website for reservations.

Five of the jazz world’s greatest jazzmen – saxophonists Tim Armacost and Gary Smulyan, drummer Al Foster, bassist John Patitucci and trumpeter Tom Harrell – will perform at the Jazz Forum in Tarrytown on February 25 and 26 at 7 and 9 p.m. h every evening. Although all of the musicians have storied careers and have worked with some of music’s greatest legends (notably Foster with Miles Davis), this commitment finds them on the verge of recording their first album as a quintet. Tickets cost between $30 and $35. Vaccination requirements apply.

Described as “a multidisciplinary arts event,” the Stephen Jones Awards will be presented by Passing the Torch Through the Arts on Feb. 26 at 5 p.m. at Mariner’s Harbor Restaurant in the Rondout neighborhood of Kingston, in honor of the late actor, producer and writer Stephen M. Jones. The evening will open at 5 p.m. with free bites followed by presentations of works by visual artists and performers. At 6:00 p.m. the original musical “Father Divine” will be played and at 7:30 p.m. the prizes will be awarded. At 9 p.m. there will be an after party with a live DJ playing hits from the 70s, 80s and 90s. Tickets are $25-$30 (the dance party is only $10).

The Woodstock Film Festival will present an evening with actress/director Mary Stuart Masterson accompanied by a screening of her 2007 feature debut, The cake eaters, at Hutton Brickyards winter lodge in Kingston. Locally produced, the film explores the lives of two interconnected families as they confront old ghosts and find love in the face of devastating loss. A moderated Q&A with Masterson will follow the screening. Tickets are $15, with an additional $25 minimum for Hutton Brickyards offers.

On view until March 4 at the James W. Palmer III ’90 Gallery at Vassar College in Poughkeepise, ‘365 Things: A Reflection on Material Objects and Their Place in Our Lives’, an exhibition of thought-provoking works by artist Rick Jones. For gallery hours or information, please call the Campus Activities Office during regular business hours at (845) 437-5370 or visit the college website. Individuals requiring accommodations or accessibility information should contact the Campus Activities Office at the number above.

To learn about upcoming events in the Hudson Valley, subscribe to our weekly Eat newsletter. Player. To stay.

Business Events for the week of June 19, 2022 and beyond | Business premises

NEWSPAPER | Events taking place in and around the bay